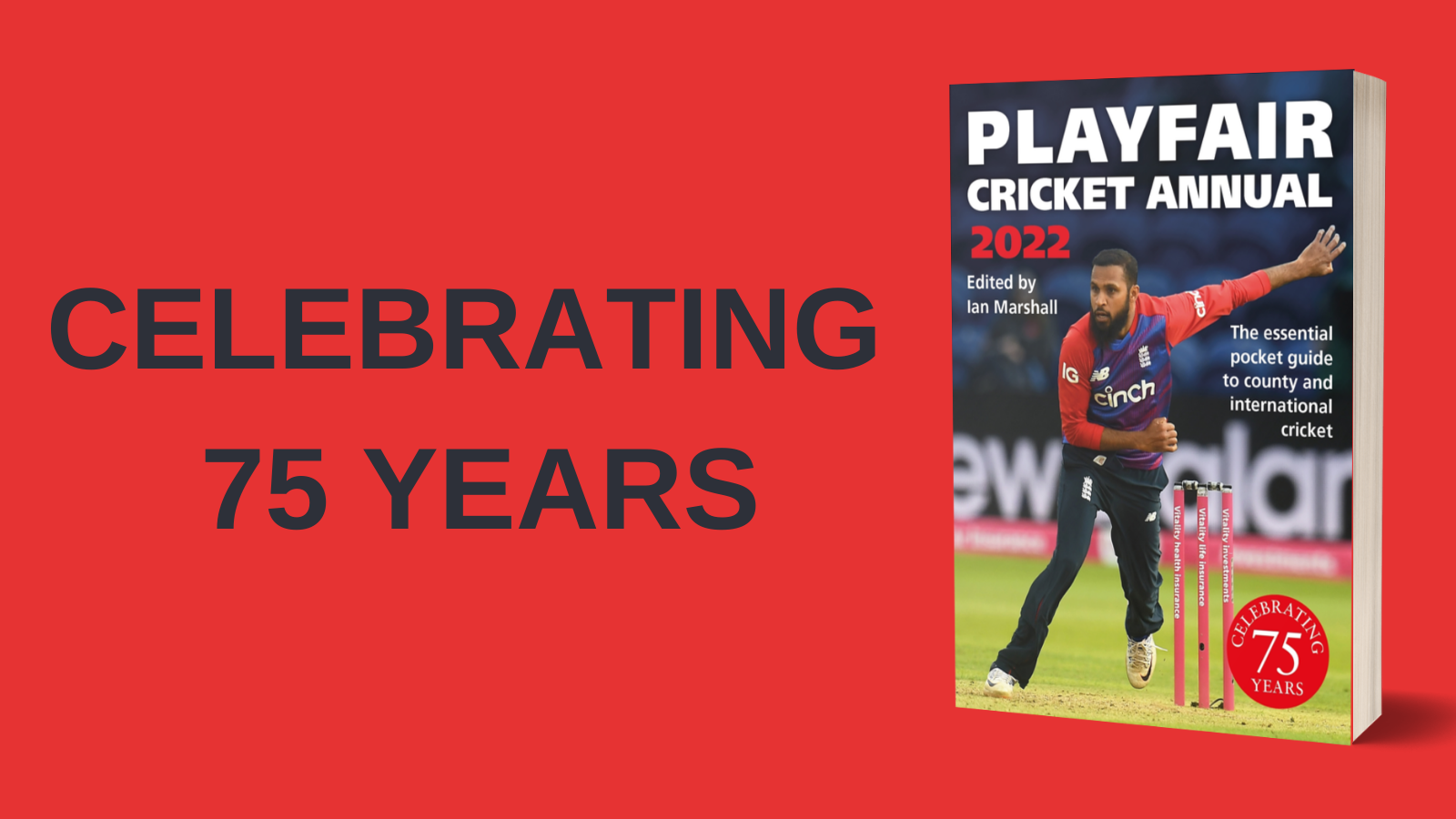 Since taking over as the Editor in 2009, following the sad demise of Bill Frindall, I have tried to stay true to the Annual’s traditions, while reflecting the changes that continue to take place in the game. My Foreword looks more closely at the current state of the game, but here I want to look back at the origins of Playfair, and to compare and contrast between then and now.

The first edition of Playfair was published in April 1948, edited by Peter West, with statistics from Roy Webber. Peter gave the first pages to a piece by C.B.Fry, who looked forward with eager anticipation to the Ashes series that summer. Don Bradman’s side have since become known as ‘The Invincibles’, so we can see how that turned out. By the time they began the first Test on 10 June, they had already played 12 games in six weeks – not far off the length of an entire Ashes tour these days. The Test series ended in a 4-0 defeat for England (some things never change!).

Fry, like many cricket lovers, looked back as well as forward, remembering opening the batting for England alongside W.G.Grace. Apparently Grace’s ‘lambent dark eyes’ would have admired the ‘versatile, polished technique of our Denis Compton’ and the ‘multum in parvo power…of W.J.Edrich’. Fry distinguished between the two by giving the amateur Edrich his initials, while Compton, a professional, was referred to by his first name. Happily, such distinctions have long since vanished. (It is a pleasing coincidence that, in this year’s register, the only player I spotted with an antecedent who was active in the game in 1948 is Kent’s new recruit, and Denis’s grandson, Ben Compton.)

In his Preface, West celebrated that nearly three million fans had gone to watch matches during the 1947 first-class summer ‘despite football’s encroachment until mid-June’ (the winter of 1946-47 was bitterly cold, hence the overrunning football season). By comparison. in the summer of 2019 some 752,000 supporters went to watch the Cricket World Cup alone, so the numbers going to matches has held up better than some might think, thanks in the main to the various shorter formats. As for the encroachment of football, that too remains.

As he looked forward to the Ashes, West lamented the weakness in England’s bowling options whereas now it is the batters who appear to be struggling. The biggest threat that concerned him was the Control of Engagement Order, by which the Ministry of Labour could prevent people from leaving certain key industries (such as mining) as the nation rebuilt after the Second World War. This might have meant that some players’ winter jobs were deemed too important for them to leave to play for their counties, but the crisis was averted.

The Annual in 1948 ran to just 144 pages, as opposed to this year’s 352, and was priced at 3s 6d (17½ pence). It boasted over 150 pictures throughout, nearly all portraits or team line-ups. As Wisden continues to do, Playfair found space for some schoolboy cricket, focusing on games played at Lord’s. When Marlborough beat Malvern in a two-innings match there, it was noted that ‘Rugby, Marlborough’s traditional opponents in the Schools’ week, had to cry off because of illness’. It’s a line that seems all too familiar over the last two years. Meanwhile the season ahead ran from 28 April, when the Australians took on Worcestershire, to 19 September when the tourists played Scotland at Aberdeen; the 26-match County Championship took place between 8 May and 30 August. This summer, just seven rounds will take place within that portion of the summer, with nine either before or after in spring or autumn.

The Obituaries section of the 1948 Annual perhaps highlights the biggest change we have seen in this period. Norman Harding was Kent’s opening bowler and had taken 64 wickets during the summer of 1947 but succumbed to ‘infant paralysis’, or polio as we would call it, in September. He was just 31. In so many ways, the world has changed during the lifetime of the Playfair Cricket Annual, but its importance to cricket fans as a companion to the season remains as strong as ever.

Burns the Toast of Surrey