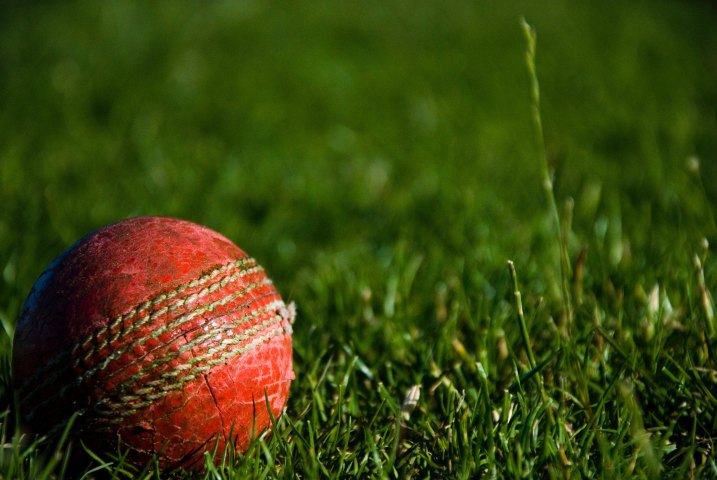 With a crowd of about 6500 at Lord’s, there was a real sense of anticipation as the international cricket summer got under way in 2021 in bright sunshine with the first of a two-Test series against New Zealand. The visitors picked one debutant in left-handed opening batsman Devon Conway, aged 29. Born in Johannesburg, he spent one season playing Second XI cricket at Somerset, back in 2010, and joined Wellington in 2017-18. With a career average of 47.21, he was clearly one to watch.

For England, with IPL and injury absences, there were two debutants. James Bracey of Gloucestershire came in as wicket-keeper. The 24-year-old made his debut in 2016 and averages a healthy 36.78 with the bat, having scored six hundreds in his 45 games, but had kept wicket in only 16 of them. The other debutant was Sussex paceman Ollie Robinson, who had taken 114 first-class wickets since the start of 2019 at an average of 17.19.

Kane Williamson won the toss and chose to bat, and the opening pair of Tom Latham and Conway justified the decision by putting on 47 for the first wicket in the first hour of play. Not long after that, Robinson caught Latham a bit flat-footed and he edged back onto his stumps to pick up his maiden Test wicket. There were no other alarms for New Zealand before lunch, despite Mark Wood causing Conway some difficulties with his pace and bounce, and they reached lunch on 85 for one.

In the first over after the break, Jimmy Anderson (playing an England record-equalling 161st Test) dismissed Williamson for the seventh time in Tests, for 13, also chopping onto his stumps. After 91 balls, Conway reached his half-century. Then, midway through the session, Ross Taylor was trapped LBW for 14 by Robinson. The rest of the session was attritional as the visitors patiently accumulated runs on a good wicket with the sun shining and they went in at tea on 144 for three.

The evening session saw New Zealand, and Conway in particular, dominate. He went on to become only the third touring batsman (after Harry Graham in 1893 and Saurav Ganguly in 1996) to score a Test century on debut at Lord’s (three England batsmen have also achieved the same feat at the ground: Jack Hampshire in 1969, Andrew Strauss in 2004 and Matt Prior in 2007). It took him 163 balls, and he went there with a beautiful clip to the square leg boundary; he was the 12th New Zealand batsman to score a century on debut, and it is doubtful that many of the others had looked so assured and accomplished in doing so. As the day wore on, the England bowlers began to look a little weary, though the second new ball brought some renewed pressure from Anderson and Stuart Broad.

The day ended with New Zealand on 246 for three and Conway unbeaten on 136 – the highest score by any debutant at Lord’s – and Henry Nicholls on 46 not out. There was more about one of the debutants, when some old tweets emerged, written by Robinson in his teens. He admitted they were racist and sexist, but his apology is unlikely to be enough to save him from further punishment from both England and Sussex.

Early on the second day, Conway reached 150 off 258 balls – becoming only the second Test debutant aged 29 or older to reach the milestone. The other was W.G.Grace! Soon after, he went past Ranjitsinhji’s record score on Test debut in England of 154 not out. Nicholls reached his half-century off 158 balls. New Zealand seemed to be making serene progress until Wood tucked up Nicholls on the pull shot, and he was caught at fine leg for 61 to leave them on 288 for four. Wood continued to threaten, removing B.J.Watling for just 1, caught at second slip. Then Robinson, who had returned looking fully focused after the previous day’s dramas, nipped one back into Colin de Grandhomme’s pads to remove him for a duck. Wood’s fine morning continued when Mitchell Santner chipped one to midwicket, also for a duck. New Zealand went in for lunch on 314 for seven, with Conway now on 179 not out; it was the highest score by a New Zealand opener on debut, beating Hamish Rutherford’s 171.

After the break, the wickets continued to tumble as Kyle Jamieson (6’8”) pulled one into the deep off Robinson (6’5”) where it was caught by Zak Crawley (6’6”), leading to a debate as to whether this was the tallest combination for a wicket in Test history. Five wickets had fallen for 29 runs, and it could soon have been six – and a five-fer for Robinson – had Broad clung on to a relatively straightforward catch at mid-off. Anderson then accounted for Tim Southee, inducing the edge through to Bracey to take his first catch in Tests.

With Conway on 186, could he make it to his double century, and could he become only the fourth player to carry his bat on debut? With Neil Wagner showing great skill, Conway had the confidence to continue playing his normal game, before lifting Wood for six behind square to bring up his 200 off 347 balls – one of just seven men to score 200 or more on debut. He was then brilliantly run out by Ollie Pope from the boundary by the narrowest of margins, so New Zealand were all out for 378. It had been a superb first half of the day for England, who must have feared they would be facing a total of 450-plus.

With only one of their batsmen (Root) having a Test average of 35 or more, England’s reply could not have got off to a much worse start. Dom Sibley was LBW to Jamieson, his bat heading towards mid-on as the ball straightened, the review showing the ball just clipping off stump. Then Crawley reached for one he could have left, edging Southee behind, to leave England in trouble on 18 for two in the seventh over, and reliant on Root to dig them out of trouble – again.

Having seen themselves through to tea, Rory Burns and Root had to grit things out, with Root unusually becalmed by the nagging accuracy of de Grandhomme and some occasionally inconsistent bounce. As the evening session wore on, the runs began to flow a little faster, and Burns went to his fifty off 90 balls. England finished the day on 111 for two off 43 overs, with the game nicely balanced. But then Day Three was a wash-out, so things needed to move on apace on the Saturday – and they did.

First ball, Jamieson induced an edge from Root, who was out for 42. Pope played a few great shots before being LBW to Southee for 22 on review, a rare instance of Michael Gough getting it wrong. Second ball, Dan Lawrence flashed at one outside off stump. That brought Bracey in for his maiden Test innings, but Southee bowled a beautiful inswinger that sent his stumps cartwheeling, as he also fell for a duck: 140 for six. England were in danger of being forced to follow on. Fortunately, Robinson’s onfield debut continued to flourish, and he helped Burns to see things through to lunch on 164 for six, though he was given out caught at short-leg, but Gough’s decision was overturned on review.

Half an hour into the afternoon session, the follow-on was avoided. A glaring missed stumping by Watling when Burns was on 77 gave the opener a vital life. Southee finally got his fifth wicket when Robinson pulled one down to fine leg, out for 42. Wood went third ball, caught behind off Jamieson. Then Burns was dropped by both second and first slip off the same ball when on 88, as his charmed life continued – though ‘charmed’ might be pushing it too far, as he was twice hit on the helmet. Broad, having hit his 49th Test six was then suckered by Wagner, leaving Burns on 91 with just Anderson to see him through to his century. After 267 balls, Burns reached his third Test century and then unleashed a series of excellent shots and survived an umpire’s call DRS appeal, before taking the tenth wicket partnership up to fifty, with Anderson scoring just 8 off 19 balls. Finally he fell for 132 off 297 balls, with England 275 all out. So, like Conway before him, he had just failed to carry his bat – as Andrew Samson revealed, it was only the second time in Test history that an opener from both sides had batted through the first innings, the other one being in Adelaide in 1951 when Arthur Morris and Len Hutton did it. Southee finished with figures of six for 43, the best figures by a New Zealander at Lord’s.

The tourists had to battle their way against England’s probing attack, before Conway edged one from Robinson onto the stumps, and he fell for 23. Robinson then got lucky after a seemingly speculative DRS review showed that Williamson was indeed LBW, and out for 1. Wagner came in as nightwatchman and saw things through to the close of play, on 62 for two.

With 98 overs of play available on the final day, one felt that quick wickets or quick runs could open up a result, though a draw looked favourite. Robinson soon accounted for Wagner as he tried to push things along to give the Sussex man his seventh victim in the Test. Broad, having had a catch dropped earlier on, finally had his first wicket of the match when Latham was LBW for 36; he had bowled more than 80 overs in Test cricket since his last success. New Zealand continued to press hard, Taylor edging behind off Wood for 33. Then, with rain in the air, the umpires brought the players off early for lunch with the score on 169 for six, whereupon Williamson declared, setting a target of 273 off 75 overs.

It was a brave move, but it gave New Zealand’s bowlers the best chance to secure a victory, especially as the pitch was looking increasingly challenging to bat on. All results were possible. Sadly, England made little effort to go for the runs, though had they got there it would have been the third highest successful run-chase at Lord’s. Burns edged Wagner to the slips on 25 and then Crawley edged to gully for 2, but those were the only wickets before tea, by which stage England had reached 56 for two in 32 overs. It was cautious, to say the least.

After tea, nothing much changed. Root had just four runs in 38 balls and it took to the 49th over before England reached 100. Suddenly he began to score faster, making 36 off the next 32 deliveries, but it was all too late, and you wondered why England hadn’t decided to chance their arm a little earlier. Root fell for 40, LBW to one that kept a little low, but that was the last wicket. Sibley reached his fifty off 161 balls, and Pope played a few shots before the game ended as a draw with England on 170 for three in 70 overs.

Honours were fairly even in the match, but New Zealand could claim a moral victory for their positive declaration. Root commented that, on a different wicket, they might have gone in pursuit, but credited his batsmen for their determination to see things out. Unsurprisingly, Devon Conway was named Man of the Match, while Ollie Robinson’s fine match was marred by those tweets. Everything was nicely set up for a winner-takes-all Test at Edgbaston, starting on Thursday.

Warwickshire Seize the Title on the Last Day