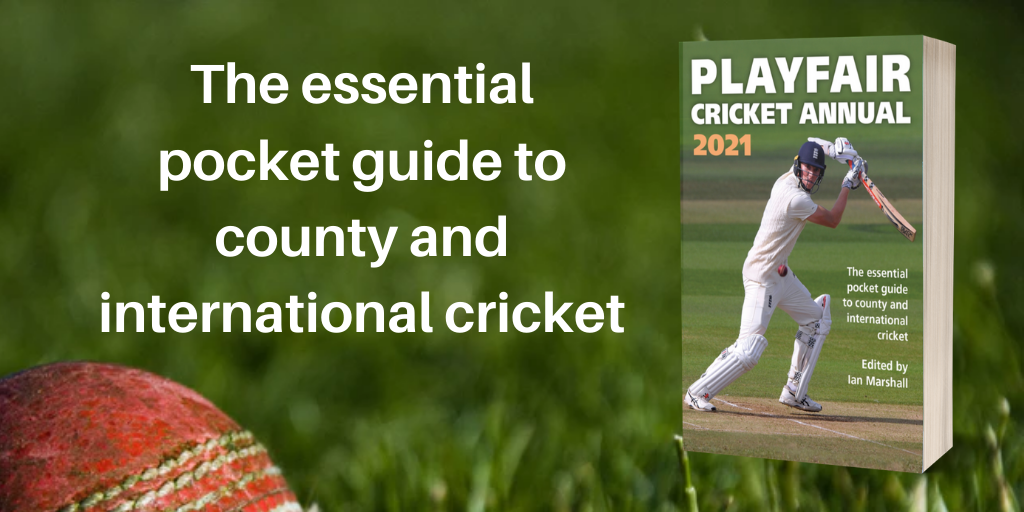 Parkinson Spins Lancashire to the Top

At Chester-le-Street in Group 1, Durham chose to bat first and David Bedingham took full advantage of the decision, following up his career-best 180 not out in the first game of the season with an even bigger score of 257 off 410 balls, quite a way to celebrate your 27th birthday. The rest of the side didn’t fully capitalise, but a total of 475 was pretty formidable. For Derbyshire, George Scrimshaw was making his first-class debut, after a struggle with injuries, and took his maiden wicket, that of Stuart Poynter for 2. Sam Conners finished with career-best figures of five for 83. The ever-green Chris Rushworth was all over the visitors’ batsmen, taking six for 58 as they were bowled out for 267. Bedingham’s unbeaten 53 saw Durham to a speedy declaration on 175 for two, leaving Derbyshire to chase 384 in a day plus five overs. After three games, Bedingham has 565 runs at an average of 141.25, his nearest pursuer (Adam Lyth) is 77 runs behind. The visitors ended on 280 for five and the match in a fairly even draw.

Worcestershire batted first at New Road, and Jake Libby joined Bedingham in scoring his second century of the season (117). Soon after he was out, they were struggling on 216 for seven, but Ed Barnard (58), Alzarri Joseph (61) and Joe Leach (84) took them up to 436 all out. In reply, Haseeb Hameed made his maiden century for Nottinghamshire (111), but after an opening partnership of 115 with Ben Slater, there wasn’t much support and the innings fell away to 276 all out, which meant they had to follow on. Hameed and Slater repeated the effort in the second innings, and indeed did even better as the pair batted out 109 overs, with both men finishing on 114 not out and the score on 236 without loss as the game ended in a draw. For Hameed, it was the second time in his career he had scored two centuries in a match, the previous time being in August 2016, and in between he had managed only one hundred in 91 innings.

The game at Edgbaston was in the balance after the first innings. Visitors Essex batted and made 295, with Warwickshire’s openers Oliver Hannon-Dalby and Olly Stone each taking four wickets. The home side might have fallen well behind but for Danny Briggs, who top-scored with his highest Championship score of 66 not out, which helped them up to 284, the returning Peter Siddle taking three wickets. In their second innings, it was Simon Harmer who played the biggest role for Essex, battling his way to an unbeaten 82 and ensuring his side made 244 to set a target of 256. But for once, Harmer could have no impact with the ball, and it was Rob Yates who took charge, making a match-winning 120 not out as he saw his side home by seven wickets with eight balls to spare, a result that saw them go top of the table, 12 points clear of Worcestershire.

In Group 2, Middlesex beat Surrey by ten wickets in the London derby inside three days at Lord’s. The visitors batted first and succumbed to some excellent bowling, with Tim Murtagh taking four for 28, and were all out for just 154. Luke Hollman had to wait to the end of the innings before the debutant got a bowl, and he picked up the wicket of Kemar Roach with his eighth ball in first-class cricket. Sam Robson’s 95 was the biggest score of the match as his side replied with 268. Toby Roland-Jones (four for 29) was the main man for Middlesex in Surrey’s second innings as they fell away to 130 all out. Middlesex’s target of 17 was duly knocked off in 15 balls.

Leicestershire scored 233 in their first innings at Grace Road, as Somerset’s attack proved highly effective. Tom Abell’s 88 enabled his side to reply with 318, but it was Craig Overton who ensured the visitors took complete charge, taking five for 25. The hosts were all out for 199, leaving a target of 115, and Tom Lammonby’s unbeaten 70 saw Somerset home by nine wickets inside three days.

A second-wicket partnership of 226 between Ian Holland (114) and Tom Alsop (149) set Hampshire on the way to 470 at the Rose Bowl. At 283 for five, Gloucestershire were looking towards something close to parity, but the spin combination of Mason Crane and Liam Dawson saw them crumble to 320 all out, failing to save the follow-on by one run. The away side had more than a day to bat out, and when Hampshire took the ninth wicket they led by only 11 runs, but Josh Shaw and Dominic Goodman (in only his second match at this level) batted for 73 minutes to push their side up to 197 for nine to see out the game as a draw, preventing Hampshire from recording three wins out of three, but they still stayed top of the table.

A close-fought game at Hove ended with a narrow win for the visitors in Group 3. Yorkshire made just 150 in their first innings, with the wickets shared among the Sussex attack. Tom Haines made 86 in the hosts’ reply, helping them up to 221, with Steven Patterson cleaning up the tail to finish with four for 26. Gary Ballance, playing his first first-class match since 2019, made 74 in Yorkshire’s second-innings total of 305, while spinner Jack Carson took a career-best five for 85. Ollie Robinson took three wickets, and now has 20 for the season, three more than anyone else. Dom Bess then took charge as the home side searched for 235 runs needed for victory. The England spinner finished with six for 53 and ensured his side ended up victorious by 48 runs and Sussex fell away to 186 all out.

Kent’s decision to field first at Canterbury seemed to have been justified when they had Lancashire at 248 for seven. But that was only the prequel to a superb county record eighth-wicket partnership of 187 between Luke Wood (a career-best 119) and Danny Lamb (his highest score of 125). Lancashire finished on 525 all out. Kent made just 169 in reply, and unsurprisingly had to follow on, only for Daniel Bell-Drummond (114) and Jordan Cox to add 176 for the first wicket as they fought to survive. But Matt Parkinson put in a marathon effort, bowling 52 overs to finish with career-best figures of seven for 126. Kent battled on to score 351, but still lost by an innings and 5 runs, and Lancashire went top of the table.

At Northampton, visitors Glamorgan scored 407 in their first innings, thanks to 136 from their skipper Chris Cooke. At 213 for seven in reply, Northamptonshire were in trouble but the lower order came to their rescue, with half-centuries from Adam Rossington, Wayne Parnell and Gareth Berg, to take them up to 364 all out. There were four half-centuries Glamorgan’s second innings, and they declared on 311 for five to set a hefty run chase of 355 in just under 80 overs. It seemed as though they might have left it a bit late to declare, but a brilliant career-best unbeaten 185 from Ricardo Vasconcelos in just 221 balls saw his side to a thrilling victory. With Rob Keogh, he put on 239 for the third wicket, and Keogh was eventually out for 126 off 140 balls.

Warwickshire Seize the Title on the Last Day